It's been awhile since I have posted.  There hasn't been too much to report and I am not into publishing something just to say something.
So the winter has not been very kind to me. Shortly after we got back from Key West I developed bronchitis which is still rearing its ugly head. It started on a weekend of a masters swim meet, had a hard time swimming but still managed two national Masters cuts (it sounds more impressive than it is). A round of antibiotics and a steroid inhaler later (yup one of the ones that is more likely to cause asthma related death) I am still getting a couple coughing fits a day but overall definitely doing better.  Unfortunately as an asthma sufferer with bronchitis I was almost completely unable to do any sort of exercise.  I got on my bike one day and within 5 minutes my chest was burning like no burn before so I slowed down quite a bit and just lightly peddled and I mean lightly whereby I barely broke a sweat and peddled for 45 minutes.  I think I broke a bigger sweat when I coughed.  I just started swimming again last week. Over a month without swimming, not sure how I survived.  I tried running the Columbia Tri course on one of our awesome 70 degree days and found myself exhausted and my chest burning after a mile. A mile!  Last year at this time I had just finished a marathon.  So my winter training plan has not quite gone as planned.  I have a half marathon in two weeks that I am just going to be looking to finish.  Exercising is what keeps me sane.  When I am having a bad week I usually have to take a step back and ask myself how many times I have hit the gym and it is usually less than the ideal amount.  I see things more clearly when I workout so the past month has been tough.  This morning when I got on the scale I found it's been tough on my weight too.  Ugh! The hubby on the other hand has had a much better inside winter training session than I have.
On the plus side my college swimming alma matter Towson University Lady Tigers just won their 4th straight CAA conference championship with multiple girls going to Olympic Trials.  One swimmer has the second fastest 500 freestyle in the country!  Wow do I miss swimming.

So what does all this have to do with a blog titled Decions Made..sort of?  Well I am not really sure just sort of rambling.  So a couple months ago I was trying to decide between two races on the same day and kept putting off the decision.  This past Wednesday Coach Sue posted on the board during our early morning masters swimming workout that the 1 mile bay swim was filling up.  I knew I needed to make a decision.  I planned on looking up some new triathlon events from Set-Up Events and see if any were comparable to the triathlon I like up in Delaware.  I got around to looking those up on Friday when swimming again I remembered what she had written on the board.  I found a few I liked and decided I would do the 1 mile bay swim and a couple of these other semi-local sprint triathlons.   I informed the hubby to sign us up.  He responded that the 1 mile was filled. Ack! I waited about 2 days too long....not surprising. This has happened before.  So it has been decided I am not doing any Chesapeake Bay even this year but instead will do the Tri It Triathlon on my favorite tri course up in Delaware.  Hopefully this will work out well.  I am still planning to do some of the sprint triathlons put on by Set Up Events.  It should be a good season...if I can ever stop coughing.
Posted by Cindy 6 at 9:13 PM No comments: 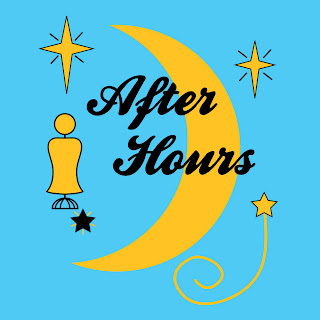 Need a cheap date on Friday?? Planning to celebrate Valentine's Day a little early and want something to do?

Well you are in luck!

See what happens in a clothing store when the store closes for the day, manequins come to life and have to defend the store against some burglars.  The play is short, we will be done before 8pm so you can still make a movie and really impress that special someone with multiple events planned!

Tickets are $5 and all proceeds benefit the Mid-Atlantic Chapter of the Make a Wish Foundation.  The charity for ticket sales proceeds was chosen by the students!  We have awesome students!

Hope to see you there!